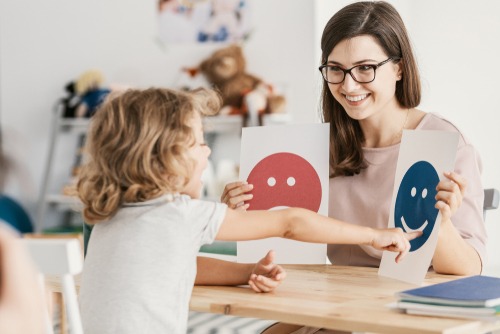 There is no single type of autism, which is why four distinct characterizations of autism or autistic behavior have been categorized into an umbrella diagnosis of Autism Spectrum Disorder (ASD). ASD encompasses autistic disorder, childhood dis-integrative disorder, pervasive developmental disorder-not otherwise specified and Asperger syndrome. While each specific category of autism spectrum disorder has unique elements that make them distinct, the diagnoses covered by ASD are all characterized by challenges with social skills, speech and nonverbal communication, and repetitive behaviors. Approximately 1 in every 59 children is affected by ASD.

Identifying behavioral indicators that may lead to an autism spectrum disorder diagnosis is key to understanding your child and their behavior. Because autism is diagnosed on a spectrum and each child presents symptoms differently, you want to get a professional involved as soon as you suspect the potential for the disorder to prevent an inaccurate diagnosis.

With each child the signs and symptoms of autism can vary wildly. Some children will present with hints of autistic behavior as early as a few months old while others won’t show any obvious signs until as late as three years old. As we mentioned early, many of the symptoms associated with autism spectrum disorder are closely aligned with communication. These may include: 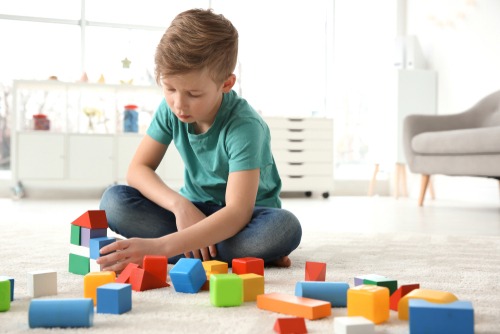 There are plenty of checklists from reputable sources, such as Autism Speaks, that help parents gain a better understanding of what the symptoms of the autism spectrum disorder may entail and offer a sound starting point for parents of children displaying these types of behaviors. However, as you may have gathered from the list of behaviors above, these indicators are not as clear as a broken arm or a scraped knee. Children who are not on the autism spectrum may still display signs of these types of behaviors. If you have concerns, you can use one of these behavior checklists to determine whether or not you need an autism spectrum disorder test performed by a professional. They should not be used as a tool for diagnosis.

Behavior and the brain are complicated, especially for children who present with less severe symptoms. It is not uncommon for children with less severe autistic behavior to be misdiagnosed with another behavioral disorder due to the similarities in the presentations. Another key reason that misdiagnosis can occur when it comes to autism spectrum disorder symptoms is the frequency in which symptoms of other behavioral disorders can occur in conjunction with ASD. Specifically, about 40 percent of autism spectrum disorder patients also experience symptoms of anxiety, while up to half of ASD patients struggle with one or more symptoms of ADHD.

The first step in developing autism therapies that can be effective for your child is to perform an advanced qEEG brain map to identify the neurological activity that occurs in relationship with symptoms. That data will inform a neurofeedback session that is used to train the brain to better regulate emotions and more appropriately respond to stressors that cause unwanted behavior. Neurofeedback and other brain training activities work to understand and treat the fundamental causes of specific symptoms and behaviors associated with ASD. 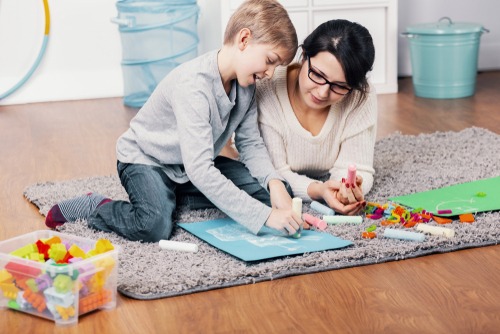 An autism spectrum disorder diagnosis is a critical turning point in a parent’s quest to understand their child. Up until this point, parents can feel lost, frustrated, and hopeless as they strive to provide for and support their child. However, a diagnosis is not a cure and the journey doesn't end there. In fact, it’s just the beginning. At Braincode Centers, we work alongside parents, guardians and siblings to help them better understand, accommodate, and support their child’s needs and symptoms. Our clinicians offer the guidance and support families need through the lifelong process of treating symptoms of autism spectrum disorder.

If your child has been diagnosed with ASD or you suspect symptoms of autism spectrum disorder, contact our expert clinicians today to set up a consultation.

What People Are Saying About Us

I had often heard of the emotional rollercoaster caused by pregnancy and was committed to avoiding it, if at all possible. This family transition brings enough challenges, alongside the joy, without the unsteady feeling caused by rapidly changing hormones. I chose to work with Rachel and her team during my pregnancy (and postpartum) for this reason and was amazed by the results. Not only did neurofeedback reinstate my sense of internal balance, the practice also improved the quality of my sleep while increasing my depleted energy supplies. I would not have wanted to move through this season any other way and am so deeply thankful for the team’s insight, expertise, and commitment to my well-being. I am a healthier new mama because of their dedication.
Anonymous
Neurotherapy has given my life back. I was so depressed and lethargic, I had to force myself to get out of bed in the morning. Now, I am up each day with a smile on my face, raising my daughter like I always wanted to!
30-year-old female, Depression and ADD
It changed my life! I found freedom from prescription medication, insomnia, anxiety, fear, bipolar mood swings, and anger. It opened my brain and allowed me to connect with a higher power. My entire life has improved so drastically. I no longer feel like I am disconnected. I have control over my emotions. Even my balance and coordination improved!
25-year old female, Bipolar Disorder
I was on so many medications. I have no friends and always got into trouble at school. After neurotherapy I feel calm and happy. Life is better, I have friends, I am doing good in school. I get along with my parents and siblings better than ever before. I am off almost all of my medication.
19-year old male, anger issues and impulsivity
Braincode Centers is cutting edge! They are using the latest technology to regulate our brainwaves without medication or other stimulants. I wish I knew about this earlier in my career! I highly recommend their services and coaching.
Former NBA Player and World Champion
Rachel introduced me to an amazing therapy called neurofeedback. In just a few sessions, I already feel better and can’t wait to get on the field and play better than I ever have. Everyone in the NFL, and all people who perform, should be doing this work to be your best!
Current NFL Player (and Future Hall-of-Famer)