Searching for a Migraine Specialist in Dallas? Try Neurofeedback 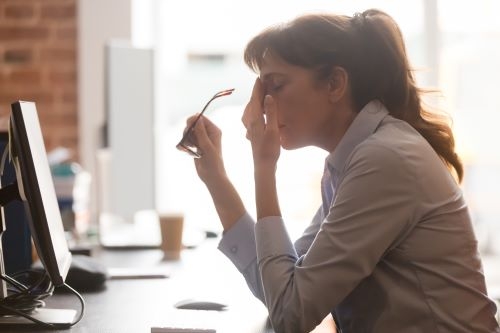 If you are searching for a migraine specialist in Dallas, you are not alone. Migraine headaches cost American taxpayers $13 billion in lost work or reduced productivity each year. Times are tough and finances are tight for many American households, and debilitating headaches are becoming an ever-increasing epidemic.

What Types of Migraines are There?

If you are experiencing any type of recurring migraine pain, it's time to search for treatment through a migraine specialist in Dallas. Your migraine is likely being triggered by one or a few different causes, which may include:

Neurofeedback works to identify your migraine triggers and help you develop coping mechanisms to minimize those triggers in your daily life.

The four stages of a migraine in the order, they occur are the prodrome (the pre-monitory stage), aura, headache, and postdrome. About 30% of people experience warning signs before their migraine headache starts.

The initial phase of a migraine typically lasts a few hours, but it can last for days. You may or may not experience it as it does not happen every time. Some call it the preheadache or premonitory phase.

Auras are sensory, motor, and speech symptoms that usually warn of an impending migraine headache. Auras usually occur before the headache pain, though they can occur during or even after. However, it’s not always accompanied by a headache.

Auras can last anywhere from 10 to 60 minutes. About 15% to 20% of people who experience migraines have auras. Some of the most common aura symptoms include seeing bright flashing dots, sparkles, or light.

It takes about 4 hours to 72 hours for the headache of your migraine to go away. The word "ache" doesn't do the pain of migraines justice because sometimes they're mild, but usually, they're described as drilling or throbbing sensations. Some even describe the headache like an ice pick in your head. It typically begins in one localized area of the head and then spreads to the other side.

Postdrome is often referred to as the "Migraine Hangover". People experience the effects of postdrome when the migraine pain has gone away. Some people say it feels like you've had a bad night at the bar, while others describe it as feeling like you've just spent a week in bed recovering from a flu. Postdrome can last anywhere from a few hours to several days.

Neurofeedback is a drug-free therapy that helps create new cognitive pathways and retrains the brain to respond to specific triggers and stresses. These new pathways help enhance brain function and result in fewer symptoms and neurological imbal­ances. Neurofeedback for migraines has been shown to be effective in treating chronic pain. It has been shown to be even more effective than traditional treatments.

Are You Ready to Alleviate Consistent Pain from Migraines?

If you’re interested in neurofeedback for migraines administered by a skilled migraine specialist in Dallas, reach out to us at Braincode Centers.

Contact us today to start leveraging a natural treatment to stop the pain and provide relief from your migraines.

More in this category: « 5 Tips to Avoid Headaches from a Migraine Specialist in Dallas
back to top