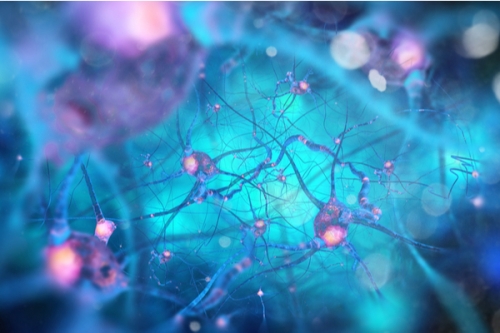 For a long time, scientists believed that the brain was a nonrenewable organ—that once the brain was fully developed, no new brain cells were produced. In the last few decades, groundbreaking research has revealed the opposite: throughout your life, your brain can create new neurons and new neural pathways. This concept is called neuroplasticity. And it’s the basis for a type of brain-based therapy called neurofeedback, which works to rewire your brain in a natural and noninvasive way through neuroplasticity training.

If you’ve never heard of neurofeedback, it can sound a little scary. It’s a treatment that quite literally changes the state of your brain. What?!

It might sound complicated (or even a little bit dangerous), but we assure you it’s not. And it’s entirely safe and free from side effects. Here’s how neurofeedback leverages neuroplasticity to help improve mental health, treat neurological conditions, and improve overall cognitive performance.

What is neurofeedback therapy?

First things first, let’s provide you with an in-depth definition of neurofeedback. Neurofeedback, or EEG biofeedback, is the direct training of brain function, by which the brain learns how to function more optimally. If you’ve heard of biofeedback, it’s similar to that therapy, but the main difference here is that neurofeedback is only for the brain instead of your whole body.

During a neurofeedback treatment session, electrodes are placed on specific areas of your scalp to measure brainwaves in action. The measurements are shown on a screen so you can see them in real-time. When the brain is functioning optimally, a reward is given—usually, a movie, song, or video game will play.

Like most things in life, neurofeedback takes practice. The therapy is a gradual learning process. But over time, as your brain gets better and better at self-regulating, your central nervous system will function better and perform more optimally.

What conditions can neurofeedback treat?

What’s the science behind neuroplasticity?

Neuroplasticity refers to the brain’s innate ability to heal itself and form new neural connections in response to learning. Research has found that just about every activity we experience—from sleeping and relaxing to studying or driving—has a set pattern of brainwave activity.

When these brainwaves become dysregulated, we often develop difficult-to-deal-with symptoms that can disrupt our daily lives. Sometimes these disruptions can become so severe they require medical treatment.

Too often, this treatment involves medication that masks the symptoms but doesn’t address the problem at the source. Neurofeedback helps retrain your brain and address the dysregulation head-on. Through this training, your brain creates new pathways so that it can go back to functioning normally and you find long-term relief from the symptoms you’re experiencing.

If you’re interested in learning more about how neurofeedback leverages neuroplasticity training, reach out to us today at Braincode Centers. Braincode Centers offers treatment in Downtown Denver, the Denver Tech Center (DTC), Highlands Ranch, CO, and Dallas, TX. We also offer remote neurofeedback training so you can work on rewiring your brain anytime, from anywhere.