An In-Depth Guide to Neurofeedback Therapy for Depression 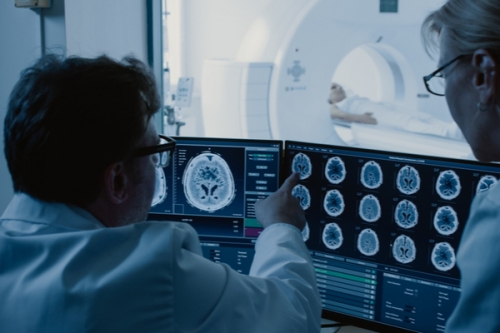 It's estimated that more than 17 million American adults are impacted by major depressive disorder. That's nearly 7% of the total adult population in the United States! Typically, treatment for depression involves some combination of medication, therapy, and lifestyle changes. Still, some people struggle to manage their symptoms and find the relief they need. If you are one of these people, consider trying neurofeedback therapy for depression. It's an alternative, all-natural solution that can treat your symptoms at the source.

Neurofeedback, or EEG biofeedback, is a type of training that addresses imbalances in the brain. Neurofeedback uses EEG technology to measure electrical activity that's occurring in your brain and provide real-time feedback about your brainwave frequencies. Through a positive reward system, your brain learns how to function more optimally and keep brainwave frequencies within normal ranges.

Depression and the brain

The human brain is made up of billions and billions of neurons that are constantly communicating with one another via electrical signals. This communication between neurons is responsible for all of your emotions, thoughts, and behaviors.

Electrical pulses are created from neurons communicating, which form wave-like patterns (a.k.a. your brainwaves). There are five different types of brainwaves, each of which moves at different speeds. Your brainwaves will change throughout the day depending on what you're doing. Delta waves, for example, are the slowest moving waves and are commonly produced with you're in a deep, dreamless sleep.

Beta waves, on the other hand, are responsible for keeping you motivated, focused, and alert. And your alpha waves help keep you calm and at peace. People with depression often don't produce enough beta or alpha waves. Neurofeedback helps address this.

How does neurofeedback therapy treat depression?

Neurofeedback therapy is an effective treatment option for people with depression because it doesn't just mask the symptoms like other traditional treatments. Instead, neurofeedback addresses the problem right at the source.

To begin, you will complete a qEEG brain map that will identify areas of your brain that are out of balance or underperforming. This will help guide the development of a personalized treatment plan.

During a treatment session, you will receive real-time feedback about your brainwave frequencies and get alerted with they are not within normal ranges.

With each training session, you will get better and better at keeping your brainwaves within optimal ranges. Eventually, it will become second nature to you and you'll find long-lasting relief from depression.

And the best part? This all-natural, drug-free treatment option minimizes side effects that are often associated with medications used to treat depression. Some individuals are so successful with neurofeedback that they can reduce or even eliminate their need for medication.

If you're struggling to manage the symptoms of your depression or if you're seeking a drug-free alternative, contact us today at Braincode Centers. We have several offices in Denver and Dallas and can offer remote neurofeedback options too, so that can start feeling like your happiest, healthiest self again.

More in this category: « Neurofeedback: A Natural Depression Treatment in Denver, CO
back to top