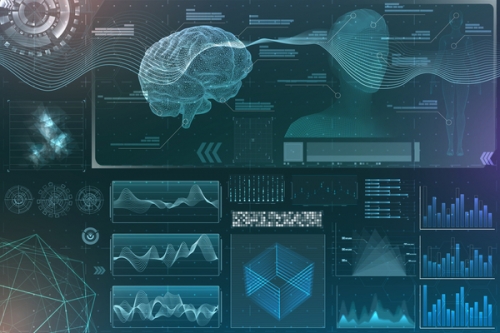 Most often, ADHD is treated with medications and behavioral therapy. Though some children and adults find relief from those treatments, many still struggle to manage their symptoms. Not to mention, ADHD medications can come with serious side effects. If you're interested in exploring an ADHD alternative treatment in Dallas, it's worth considering neurofeedback.

Neurofeedback is an innovative brain training therapy. It involves a computer-based training program that uses real-time feedback from EEG readings to help train patients' brains to increase their levels of alpha wave activity.

The theory behind this approach is that increased alpha wave activity will reduce hyperactivity symptoms by reducing distractibility and impulsivity. Neurofeedback has been shown to be effective at treating children with ADHD who have not responded well to medication or behavioral therapy alone. It may also improve attention span and concentration skills in adults with ADHD.

What does neurofeedback involve?

During neurofeedback sessions, participants wear electrodes attached to their scalp while they sit in front of a screen displaying visual stimuli. The participant's brainwaves are measured by these electrodes, which then feed information about those waves back into the computer program. This feedback helps the patient learn how to control his or her brainwaves so he or she can achieve better focus and concentration.

How effective is neurofeedback at treating ADHD?

A recent study published in the Scientific Reports journal found that children who received eight weeks of neurofeedback showed significant improvements in both behavioral and electrophysiological measurements. In addition, parents reported fewer instances of disruptive behaviors during school hours during the study.

Another study published in the journal of European Child and Adolescent Psychiatry found similar results. In this study, children received six months of neurofeedback and saw significant improvements to scores on tests measuring sustained attention compared to controls. The participants were also less likely to experience impulsive behaviors like daydreaming and fidgeting.

What's the science behind neurofeedback?

Alpha waves are thought to play a role in regulating arousal and inhibiting impulses. Therefore, if someone produces higher amounts of alpha waves, it would mean that he or she was able to inhibit distractions and stay calm under pressure.

What’s more, neurofeedback has been found to effectively reduce symptoms even after training has ended.

Is neurofeedback safe for kids?

Though clinical research on neurofeedback is ongoing, studies conducted over the last several decades show no long-term negative health consequences related to using it as an ADHD treatment.

Some people do report mild headaches after undergoing neurofeedback, but most say they don't notice any major differences in mood or behavior after treatment.

If you're interested in learning more about this ADHD alternative treatment in Dallas, reach out to us today at Braincode Centers. We offer neurofeedback training for both children and adults to help improve attention, enhance focus, and reduce hyperactivity.

Contact us today to learn more about this all-natural, non-invasive treatment for ADHD.

More in this category: « 5 Natural Treatments for ADHD in Adults Improve Your Focus with Our ADHD Treatment in Dallas »
back to top