3 Benefits Of Alpha Stim For Autism 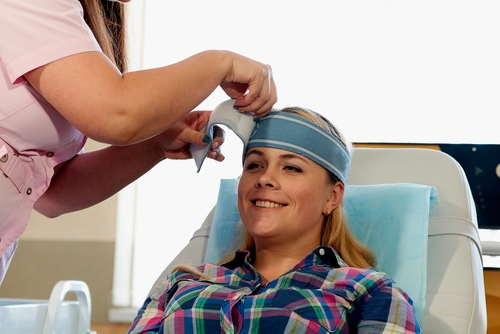 Finding ways to help individuals and their families cope with the symptoms of autism can be challenging. No two people experience autism alike, so there’s not a cut and dry therapy out there that categorically works every time. If you or a loved one struggles with symptoms of autism, you know that finding coping strategies is a constant battle that changes as a patient does. At Braincode Centers, we practice a number of different therapies that help patients handle their ASD symptoms. This includes neurofeedback, laser therapy, talk therapy and more. For the purposes of this article, we’re going to review the specific benefits of a treatment called Alpha Stim for autism.

How Does Alpha Stim Work For Autism?

Before we can truly cover the benefits of Alpha Stim for autism, we first need to dive into what Alpha Stim AID actually is and how it works. Alpha Stim AID is the brand name of a small device that taps into the naturally occurring electrical currents in your brain. This process is known as cranial electrotherapy stimulation (CES). While CES is often combined with other therapeutic measures, such as neurofeedback, it can be highly effective on its own as well for a variety of conditions, including anxiety, depression, insomnia, pain, and PTSD.

Alpha Stim generates a particular waveform that pulsed into the brain through electrodes. The waveform decreases cortical activity, while increasing serotonin and beta endorphins in the central nervous system. This decreases delta waves, which are associated with deep sleep, and increases alpha waves, which are associated with meditation and the first stage of sleep. All of this leads to feelings of calmness, relaxation, clearheadedness, and general wellbeing.

When using Alpha Stim for autism, you can expect 20-60 minute sessions, depending on tolerance over the course of 3-6 weeks. Sessions can be held as frequently as daily and as infrequently as two to three times per week.

The Effects Of Alpha Stim AID On Autism

The data available for Alpha Stim treatment varies. There have been studies conducted on the impact of Alpha Stim AID on anxiety, depression, insomnia, pain, trauma, autism, and more. Each shows benefits, although long-term research is still being conducted. When it comes to Alpha Stim for autism, the most prominent studies have been conducted in the UK. Here’s some of the most notable takeaways from the study.

One of the most notable benefits of Alpha Stim for autism was the marked decrease in repetitive and self-stimulatory behaviors that are commonly associated with ASD. This includes a decrease both frequency and intensity of behaviors like arm flapping, twirling, and twitching.

The studies on Alpha Stim AID for autism also showed a decrease in social disengagement, another common trait of ASD. The calming effect of the waveforms helps rebalance the central nervous system and reduce the feelings of stress and anxiety a patient with autism can experience in social situations.

Parents of the children involved in this particular study reported a significant improvement in the quality of sleep, as well as the number of hours being slept over the course of the study. Additionally, parents noted that their children were more calm in the mornings and evenings when using Alpha Stim.

While additional studies are still being conducted, Alpha Stim has proven to be a highly beneficial method of treatment, especially for the symptoms of autism. It’s a non-invasive method that yields real, measurable results.

If you have a child that’s struggling with symptoms of ASD, consider Alpha Stim for autism in Denver at Braincode Centers.

More in this category: Natural Autism Treatment in DTC: Neurofeedback Therapy »
back to top