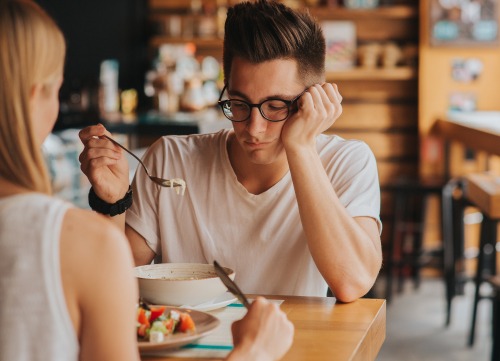 Everyone feels sad from time to time. And it’s normal for our moods to fluctuate based on daily happenings or life events. A mood disorder is much different from normal mood fluctuations. A mood disorder affects a person’s everyday emotional state.

The two most common types of mood disorders include depression and bipolar disorder. Each of these disorders also includes multiple subtypes. Here is a little bit more about them.

Depression is a mood disorder that is characterized by a persistent feeling of profound sadness and a loss of interest in daily activities. Depression is difficult to live with and often causes a significant impact on daily life. It negatively affects how you feel, how you think, and even how you act. In order to be diagnosed with depression, symptoms must be present for at least two weeks.

Bipolar disorder is a mood disorder that is defined by extreme swings in mood from periods of depression to periods of mania. When an individual is experiencing a low mood, their symptoms often resemble those of major depressive disorder. When they are experiencing a high mood, it is often referred to as a manic episode. During this time they may feel elated or extremely high energy.

The different types of bipolar disorder include:

Symptoms of Mood Disorders in Children, Teens, and Adults

Symptoms of mood disorders vary depending on which type is present. Symptoms of depression often include:

Symptoms of bipolar disorder often include symptoms associated with mania and depression. These may include:

Mood disorders can be difficult to manage—even with medication, talk therapy, and mindfulness training. At Braincode Centers, we believe the key to effectively treating mood disorders, not just managing the symptoms, is to go straight to the source: your brain.

People with mood disorders often have different brainwave patterns than those who do not share their struggles. Neurofeedback can be used to read those irregular brainwaves and retrain your brain to function more optimally. Through a positive reward system, individuals with mood disorders can learn to better regulate their brian function so their brainwaves stay within normal frequencies.

Neurofeedback for mood disorders is a popular option because it is a natural, drug-free treatment that is free from side effects and effective long-term.

If you’re struggling to manage your mood disorder or seeking a natural treatment option, reach out to us at Braincode Centers. We’re here to help you address the source of the problem head-on (no pun intended).