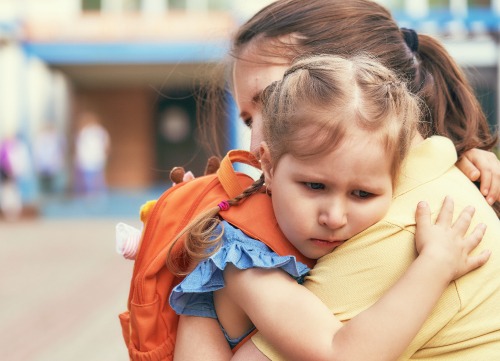 Attachment disorder is a condition in which an infant or young child does not form an emotional attachment with their parent or parental figures (primary caregivers). Children who have attachment disorder often experience difficulty managing their emotions and forming connections with other people. In addition, this disorder can also lead to manipulative, controlling, or aggressive behaviors.

What is attachment and why is it important?

Attachment is considered the deep connection between a child and their parent/caregiver that becomes encoded into their brain during the early years of their development. Consistent positive experiences with a parent/caregiver help infants and children develop a secure and healthy attachment. When a parental figure responds to a baby’s crying by feeding, comforting, or changing them, the baby learns that they can rely on and trust the adult to care for their needs and keep them safe.

If attachment disorders in children are not addressed and treated quickly, they may experience ongoing issues throughout the entirety of their lives.

Children with insecure attachments tend to:

What are the symptoms of attachment disorder?

Reactive attachment disorder occurs in infancy or early childhood. It involves failure to seek comfort from a parent/caregiver.

Disinhibited social engagement disorder is a disorder in which children are overly friendly to strangers. For example, they may sit on a stranger’s lap or seek comfort in another way, while a parent/caregiver is present.

Healthcare professionals don’t know exactly why some infants and children develop attachment disorders while others who live in the same environment don’t. However, researchers agree that there is a correlation between attachment disorders and repeated neglect or deprivation from caretakers. Other possible causes include:

Treating an attachment disorder in a timely manner is vitally important. When early disruption of a child’s most basic needs occurs, fear networks within the brain become overly activated. At Braincode Centers, we perform qEEG brain mapping to identify the areas of the brain that are out of balance. From there, we create a personalized treatment plan to address the symptoms your child is experiencing.

Schedule a free consultation today to learn more about this natural treatment for attachment disorder.